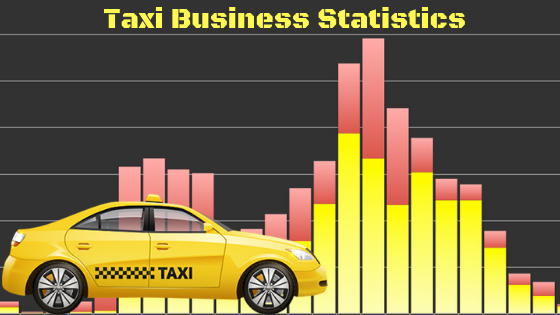 Taxi Business is a world of unlimited opportunities. There are many success stories and enough taxi business statistics to defend the above statement.

Uber, one of the leading Taxi giants in the world, has proved their merit and mettle with the implementation of their taxi dispatch software. Uber app became a rage in the taxi industry, and many taxi businesses began to adopt Uber-like apps.

Some of the significant highlights of business run by Uber was it’s convenient as well as more economical for customers. Above all, it’s all digital!

Keep reading for a better insight into the Taxi Business statistics.

A Taxi Dispatch Software helps to arrange and oraganize a taxi business efficiently.

The survey conducted by the Public Transport Council in the year 2018 had some interesting findings. The studies found out that most of the people were preferring the Taxi Service more than the other forms of transportation due to the convenience they provide. Well, the growth of different types of services has also improved a little bit, but the growth of Taxi Business was dominant.

Checkout, the Satisfaction Mean Scores graph, given below: 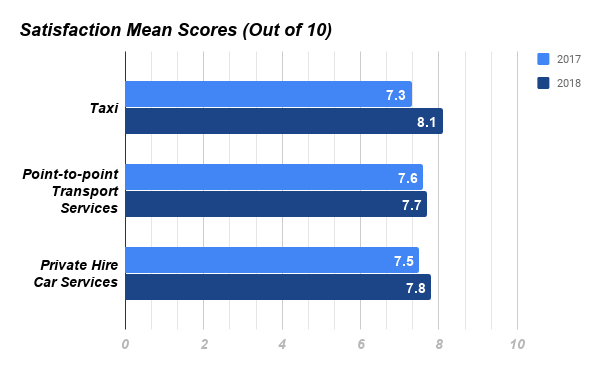 The customers are happier when using the present Taxi system when compared to its peers. Also, the satisfaction means score has only improved from the year 2017 to 2018.

Also, the study by the PTC States that the taxi customers were pleased with the attributes like ease of booking, safety, driver’s knowledge of route and service information, and convenience.

The Commuter Satisfaction survey conducted by the same authority is given below: 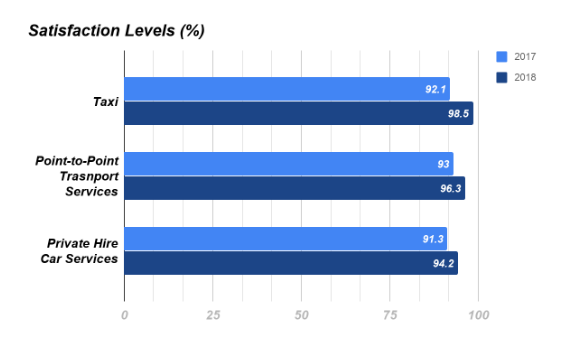 This customer satisfaction poll is based on the data collected from over  2000 users of multiple transportation modes. 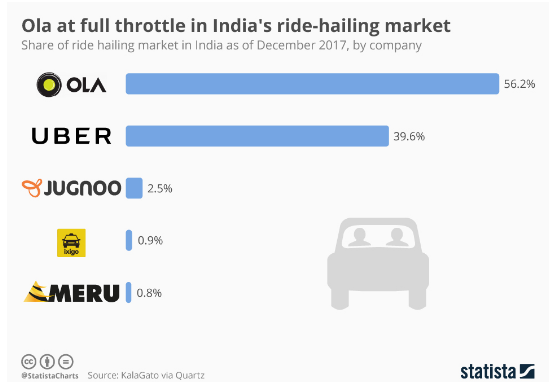 In India, the leading one in the taxi business is the one managed by the Tata group. Then follows the international giant Uber, Jugnoo, etc.

The first step towards launching a Cab dispatch service is systematic and clear research on the market. Now that it is done, here are the other steps to be followed in order to start your own Taxi Business.

The Taxi World before Uber was a total mess. But now since the Uber Business model, all have become much easier and efficient. The Taxi business world has also benefited a lot after the introduction of Uber-like apps. The above-presented statistics is proof of all these.

A Free taxi booking software demo helps to comprehend the working of a taxi software.

If you are running your own Taxi Business, then try to stay updated with the present technologies. Success won’t be a nightmare!

How to improve your Taxi Company to Stay Competitive

How Bike Taxi Can Help Transportation Business Amid COVID

How Taxi Business has Travelled from In-car Systems to Smartphones

How Technology Redefines The Taxi Business?