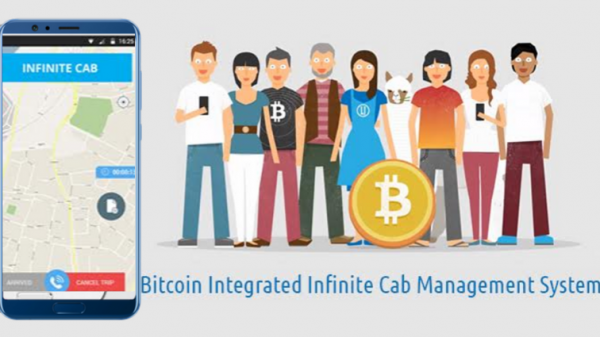 To ride in a Taxis is becoming a popular substitute for tourists and commuters on a budget. The cab Management system has proved that it is a more convenient way to catch and pay for the taxi cab. However, one interesting option is to book a taxi and pay with bitcoin.

Bitcoin is a kind of digital currency, developed and stored using the software. Bitcoins aren’t printed, they’re produced by people, and increasingly businesses, running computers all around the world, Bitcoin is listed under the ‘Payment methods’ alongside credit card,  PayPal, etc.

What makes it different from normal currencies?

One can use Bitcoin for an electronic transaction. Its decentralized nature differentiates it from fiat currency. There is no centralized organization that controls the bitcoin network. It is operated by multiple machines that work together.

What are its Characteristics?

One of the fascinating features of bitcoin is its decentralized system. The bitcoin network isn’t controlled by one central authority. Every machine that mines bitcoin and processes transactions makes up a part of the network and the machines work together.

Every customer prefers security for what they are using. Bitcoin transaction provides a high security. It doesn’t require you to give any secret information. Instead, they use two keys: a public key, and a private one. Anyone can see the public key (which is your bitcoin address), but your private key is secret. No one can steal your payment information from the merchant.

#3. Reduced or no chances of Loss

Cryptocurrency is very confidential as the transaction between two people occurs by their mutual consent, so there is no risk of loss of anyone. Cryptocurrencies are beneficial for all business owners.

You can set up a bitcoin address in seconds, no questions asked, and with no fees payable.

You can transfer money anywhere and it will arrive minutes later, as soon as the bitcoin network processes the payment. Also, it’s very cheap to use. Bitcoin transaction doesn’t charge any transaction fees.

Users can hold multiple bitcoin addresses and they don’t have names, addresses, or other personally-identifying information associated with it.

We have integrated the Infinite Cab Management System with Bitcoin. Register and try our  Cab Mangement Demo now.

How To Add Surge In Infinite Cab?